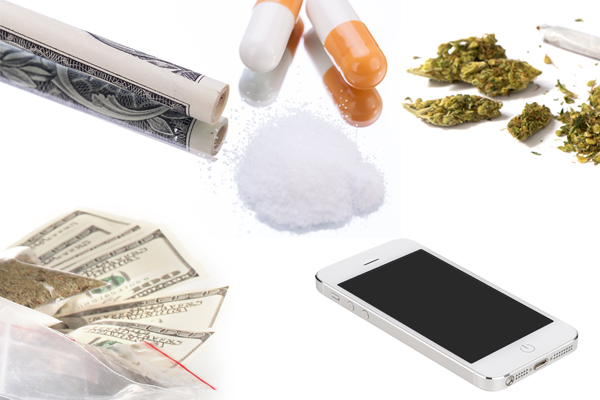 Sales of drugs is a crime that should not be taken lightly. The simple possession of a controlled substance is a serious charge in itself, having severe charges, but if you are accused of the intent to sell, you can anticipate to see a big rise in severity. There is the danger of running into the risk of being associated with numerous felonies because of the involvement with manufacturing and transportation of Schedule I substances, like cocaine, ecstasy and illegal prescriptions.

Manufacturing and selling controlled dangerous substances like crystal meth is, as a first offense, carries a fine of up to $5,000 and up to 3 years in prison, or both. If you are convicted of possessing marijuana of 100lbs or less with the intent to sell, as a first offense, expect to be sentenced to a year and a half in jail and pay fines amounting to $5,000.

Penalties for the sales of drugs or controlled substances may differ extensively depending upon the amount or type that was found in your possession during of arrest and whether you have had prior offenses. If the sale took place close-by a school or park or if the controlled substance was offered to a minor under the age of 18, then your penalties could greatly escalate.

When you are accused of possession for sales of drugs, you are innocent till proven guilty, and can preserve certain rights under the 4th, 5th, 6th and 14th Amendments of the United States Constitution. On these grounds your defense can file the proper pretrial unlawful search and seizure motions for the purposes of protecting your civil rights and limiting the government’s proof against you in court.

Take note that even innocent people can be charged of possession of drugs for sale. Roommates, friends, etc., could inadvertently be involved with a user or dealer involved in illegal acts. You can defend and protect yourself by reasoning that there is insufficient evidence to prove that you committed the crime or you could plead the case that you didn’t actually possess the drugs or know you possessed them. It may also be possible to argue that you did not actually intend to sell the drugs and instead that the crime was just simple possession.

Even though the possibility of a drug sales sentence brings big fines and lengthy incarceration terms, keeping you away from prison should be the primary goal. Time spent at a rehabilitation facility may be substituted for incarnation. Where time in custody can not be avoided, there is a variety of jail and prison alternatives to consider.